Despite improvements in human rights around the world (Fariss 2014), state repression is still with us. In particular, gay rights face strong backlash across the world. A number of states have taken steps to reverse the improvements over gay rights. Why do states sometimes repress the rights of sexual minorities?

One explanation is coercive responsiveness, which simply suggests that states attempt to repress when they are threatened. States use repressive to eliminate the threats posed by different groups in society. Per the standard logic of coercive responsiveness, state represses different groups when leaders perceive them as having the potential for collective action (Davenport 2007).

Yet, this logic tells us little about why state uses repressive measures against sexual minorities. It is puzzling why some states repress vulnerable groups, even though these groups often do not have the capability to pose threats to the state. Plus, repression against them requires resources to collect fine-grained personalized information and also leaves the states with international condemnations and sometimes even with sanctions. My research attempts to explain this puzzle- why do states tend to repress sexual minorities, even though they lack the capacity to threaten state security?

First, in the established democracies of Western Europe and the Americas, the anti-gay rights groups have attempted to reverse the recent improvements over gay rights. For instance, some European countries, particularly, predominantly Catholic states have seen massive demonstrations against the same-sex marriages. Around 500, 000 protesters gathered in Madrid’s streets to oppose Spain’s same-sex marriage legislation. Brazilian legislators have launched a backlash against gay rights, since Brazil’s highest court approved same-sex marriage in 2011. Challenges like these across Europe and the Americas pose essential threats to improvements over gay rights.

Second, political forces against sexual minorities in countries across post-Soviet area, Africa, and Middle have launched preemptive strike against gay rights activists and groups before they could achieve any improvements over gay rights. Anti-gay political forces have taken every measure to kill all efforts to decriminalize homosexuality. Uganda, Russia, Nigeria, Egypt, and some post-communist countries are the primary states where political leaders have been involving in preemptive strikes against gay rights. One harsh initiation against sexual minorities came from the Ugandan government in 2009. The proposed legislation called for the death penalty for those who committed the “crime of homosexuality”. Although Uganda withdrew the legislation under the economic pressures from the West, the Ugandan government signed a slightly different anti-gay law in 2014. The new law replaced the death penalty with life in prison. The crackdown on gays in Russia shocked the world. Its leaders adopted “gay propaganda law”, which established jail term punishments and fines for those accused of promoting homosexuality. The loose and vague language of the legislation allows the Russian government to target its opponents under the gay propaganda law. In particular, grave human rights violations against gay community members occurred in Chechnya where more than 100 people identifying as sexual minorities, killed, and harshly tortured. Several post-communist countries followed the Russian precedent and adopted similar gay propaganda laws. While homosexuality is not illegal in Egypt, the Egyptian government has systematically cracked on sexual minorities under its anti-debauchery laws.

My research attempts to explain why states repress the rights of sexual minorities. While there are different local and regional reasons behind gay rights abuses, the analysis of these abuses provides empirical support that the common reason for repression against sexual minorities is scapegoating, accusing a vulnerable group to divert public attention from economic downturns and governmental ills to consolidate power and rally around the government. In particular, authoritarian leaders in Russia, Nigeria, Uganda and others have attempted to repress sexual minorities to justify their authoritarian policies and distract public from economic ills. I evaluate this argument both qualitatively and qualitatively.

Quantitatively, I collect primary data from the reports by ILGA World-The International Lesbian, Gay, Bisexual, Trans and Intersex Association, International Amnesty, and other international human rights organizations. My dataset provides information in which countries sexual minorities rights are criminalized, protected or recognized. It also shows if sexual minorities faced torture, displacement, extrajudicial killings, and arrest. Qualitatively, I conduct some case studies to compensate for the weakness in the quantitative analysis. To collect primary data for the case studies, I plan to conduct elite and expert interviews with Russian elites and make survey experiments in Russia as well.

My research also shows that scapegoating is more likely in countries with strong conservative societies. The repression against sexual minorities depends on to what extent mainstream society is willing to accept and demand violence against sexual minorities.  Once there is high level of anti-gay sentiments in a given society, the leaders manipulate them and repress sexual minorities to demonstrate to the public that the government takes public interests seriously. This is more likely to happen when the country faces economic downfalls or political crisis.  Some countries such as Russia and its allies have repressed sexual minorities to gather support for their anti-western foreign policies. The primary narrative in these countries’ assertations is that homosexuality is western-born and does not belong to their societies and therefore they need to follow anti-western policies in order to prevent the “import” of these ideas to their societies.

To sum up, sexual minorities face repressive measures not because they pose threat to state security but because they are vulnerable groups and easy target for governments. The repression of sexual minorities has very few costs for political leaders in the countries with conservative societies. The major pressures usually come from western countries, which threaten to cut economic aid or apply economic sanctions. While small countries are vulnerable to these sanctions, major powers can get around them. The major breakthrough for the rights of sexual minorities therefore is possible through the enlargement of gay rights supporting constituency that would become a major political power and pressure political leaders. 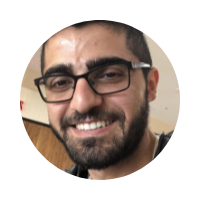 Namig Abbasov is a PhD candidate (Political Science) in the School of Politics and Global Studies Department at Arizona State University. He holds MA in International Relations and Dialogue Studies from Keele University, United Kingdom and BA in European Studies from Qafqaz University, Azerbaijan. His research areas include political violence, state repression against sexual minorities, and climate change with a regional focus on the post-communist area, specifically the Caucasus.